â€œFreedom is never more than one generation away from extinction.  We didnâ€™t pass it on to our children in the bloodstream.  It must be fought for, protected and handed on for them to do the same, or one day we will spend our sunset years telling our children and our childrenâ€™s children what it was once like in the United States where men were free.â€

I currently publish two blogs: â€œDiscovering Identityâ€  and â€œI Love Freedom (this one).â€  Usually, the information I publish on these blogs doesnâ€™t overlap, but this subject certainly does, and is posted on both sites.

Thanks to an acquaintance, Jane Grafton, I recently read two opposing views on the subject of federal government regulations of privacy:

An LA Times article, Privacy and the Web, concluded:

Although Washington shouldn’t try to micromanage the Net, it should make clear that websites have a duty to help users manage their personal information effectively, giving them the chance to understand the tradeoffs they’re making and to choose wisely.

Phil Lieberman of Lieberman Software responded in his post, â€œInternet Privacy Is No Place for Government Regulationsâ€:

Iâ€™m all for privacy and opt-in/opt-out options. However I feel it does little good to cripple those companies who are good at business for the purpose of expanding the nanny-state. Any decision to overreach with privacy controls will also provide a bounty for greedy and litigious attorneys looking for fresh kills on the Internet.

What do you think?

Although the LA Times article mildly asks the federal government not to â€œmicromanage the Net,â€ history has that government has the propensity to always micromanage everything it touches.  Howâ€™s that for a cynical view?

If I believe the most effective way to deal with this issue would be for private industry to self-regulate. In much the same that PCI DSS has become an effective industry-driven regulation of the credit card industry, perhaps we need an â€œOnline Privacy Standardâ€ developed and enforced by the online industry itself.

Otherwise, if such industry self-regulation doesnâ€™t happen, given the current mood in Congress, I think federal government regulation of online privacy is a foregone conclusion (more cynicism).

I donâ€™t know who took the picture, but my friend Stan Ferrin sent me a copy.

Didnâ€™t mean to shatter your expectations, but â€¦

â€¦ is this the return to a â€œgold standardâ€ we hear so much about? 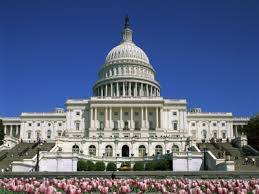 A good friend, Joel Brame, forwarded the following email message to me yesterday.  It is kind of a radical idea, but I agree that it would fix much of what ails Congress today, and return that august body to its original intent â€“ to represent the people of the United States, rather than serving themselves and special interests.

I am sending this to virtually everybody on my e-mail list and that includes conservatives, liberals, and everybody in between.  Even though we disagree on a number of issues, I count all of you as friends.  My friend and neighbor wants to promote a "Congressional Reform Act of 2010."  It would contain eight provisions, all of which would probably be strongly endorsed by those who drafted the Constitution and the Bill of Rights.

12 years only, one of the possible options below..

A Congressman collects a salary while in office and receives no pay when they are out of office.

4. Congress can purchase their own retirement plan, just as all Americans do.

5. Congress will no longer vote themselves a pay raise.  Congressional pay will rise by the lower of CPI or 3%.

7. Congress must equally abide by all laws they impose on the American people.

8. All contracts with past and present Congressmen are void effective 1/1/11.

The American people did not make this contract with Congressmen.  Congressmen made all these contracts for themselves.

Serving in Congress is an honor, not a career.  The Founding Fathers envisioned citizen legislators, so ours should serve their term(s), then go home and back to work.

I have long thought that politicians get so wrapped up in the prestige and power of their offices that they soon forget what it is like to be a common citizen.  It indeed takes an exceptional person to not succumb to the the trappings of political power.  It is tragic that the Congress has progressively set itself up as an elite body that only superficially answers to the voice of the people.

I like the ideas this congressional reform proposes.  Now, we just need to figure out how to get people with the guts to put it into law.